You are here: Home / True Dating Stories / College Classes in Dating – Why Should Students Take Them?
Share on FacebookShare on TwitterShare on Google+

Today, when a group of adults gathers on a kitchen to spill the tea on youth, they most often rant about teens scrolling on their mobiles all the time, spending a lot of time on social media, and coming back to their hometowns simply because they cannot walk up to an employer and ask for a good-paying job upon graduation.

However, their obsession with technology along with the lack of self-trust is not everything that most adults go on a rant about when talking about their kids: they claim that modern youth doesn’t know how to build romantic relationships nowadays.

Many educators, who interact with youth every day, tell about how often they hear through their students that they have no time for dating. Erika Christakis who used to work at Harvard University believes that today, college students are focused more on building their resumes and preparing for their careers rather than getting romantically involved. And if nothing changes, these teenagers have more chances to end up preparing for divorce when they grow up and finally get married.

Rachel Greenwald, a dating consultant, believes that modern youth is less interested in dating these days mainly because most relationships that now occur are more of hookups that have nothing to do with traditional relationships. Nowadays, teenagers know nothing about “romance” that we have had in more recent times. 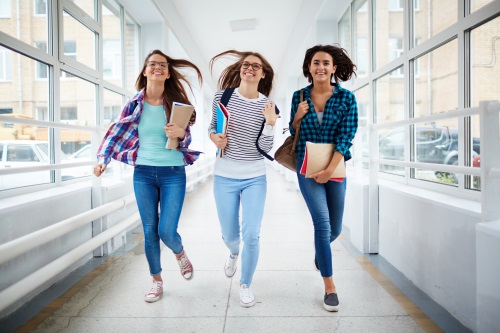 Classes in Dating Can Help Change the Current Trend

Recently, there has been a study conducted by the APA. The result reported in the study shows that up to 80% of students have had hookups, even though slightly more than 60% of boys and 83% of girls admitted that they would rather have traditional relationships. Given the statistics, psychologists can assume that modern youth is very likely to blame themselves for having casual sex.

Lori Gottlieb, a psychologist, believes that teens are so pampered, both in college and at home, so that they find it hard to accept someone else’s opinion. That makes it difficult for them to build solid relationships with others who want to get their voices heard, too.

Also, she thinks that students have no idea what face-to-face interaction is about mainly because they spend most of the day writing to each other. According to a poll of 10,000 users on one of the dating websites, nearly half of all singles (48%) consider poor grammar a deal breaker. Seems like single people do care about grammar as much as the editors, so if you have a problems with writing a letter or any type of paper you can use a help of writing services like pro papers.

In a Boston college, students are assigned to date – their assignments include questions about “what one should say and do when wants to ask someone for a romantic rendezvous”. Also, at the University of Illinois, students can take part in workshops on topics covering relationship problems. In Duke University, they watch relevant movies to learn how to be in love. Overall, students need a dating class that will teach them how to build romantic relationships, how to chat offline, as well as how to spot toxic relationships and how to know when they are over and it

Christakis is sure that in the nearest future all colleges across the country will have dating classes, both for credit and not. Love is what makes people happy, and teens should experience this happiness to succeed. Gottlieb, in turn, believes that if society will put a blind to this problem, these students will grow to become adult psychotherapy clients who don’t feel truly fulfilled no matter how successful they are.

In South Korea, teenagers attend classes in dating on a mandatory basis. These classes are designed to teach modern youth all possible aspects of dating, romantic relationships, sex, and breakups. During the classes, students are not only taught how to pick a partner and ask him or her out but also how to build healthy relationships and cope with breakups.

Korean classes in dating are popular with teens for their engaging assignments: they are paired with each other randomly and asked to have a date. The main requirements are that it should be a four-hour romantic rendezvous and that they can spend only $9 and not a cent more.

While these classes are necessary for South Korea mainly because an increasing amount of Koreans decide to stay single when they grow up. And it is believed that these classes will teach youth how to build healthy relationships on-campus so that they don’t be afraid of dating, falling in love, and entering into a marriage in adulthood. In the USA, these classes will help deal with a hookup culture that has already taken root on college campuses and that is associated with lots of health risks. It has been proved that casual sex encounters are very likely to result in sexual abuse, STIs, unintended pregnancy, and emotional trauma.